Some quick thoughts on the late prelims of UFC 261 from a betting perspective. Starting off the late prelims we have what should be a decent featherweight scrap. Connelly is coming off the biggest win of his career over Michel Pereira, but that was all the way back in September of 2019. Since then, he’s been dealing with quite the myriad of issues that are definitely important to note if you’re going to be risking any money on this fight. He’s also going to be dropping from welterweight to featherweight, a 25lbs drop in weight which isn’t exactly ideal at 35 years old.

Both guys are black belts in BJJ who like to wrestle and hunt for submissions. Putting aside Connelly’s win over Pereira, who bizarrely gassed himself out via dancing in a few minutes and gifted him the win, the level of competition on both sides hasn’t been great, so it’s going to be interesting to see how the grappling exchanges play out.

Neither guy has shown particularly good striking thus far. Sabatini has been more of a kicker than puncher, while Connelly is more unorthodox with his strikes, which are mostly used to set up his takedowns.

I’ll side with the younger, more active fighter in Sabatani to just be a step ahead, getting the better of the grappling exchanges and outworking Connelly down the stretch. Especially with all the red flags surrounding Connelly.

This one should be pretty straightforward in terms of paths to victory for both guys. Either Allen can get takedowns, where his top game should be potent enough to get a finish on the ground. Or, like his last fight, he suddenly thinks he’s a K1 striker and gets merked on the feet by the superior striker again.

You’d like to think that he’s learned from that last performance, where he bizarrely didn’t attempt even one takedown, even after getting torn apart on the feet. The problem is, he recently called that loss to Strickland a ‘fluke’ so we might just be dealing with a guy who’s not going to learn from his mistakes.

I’m still going to slightly lean toward Allen to get his grappling going since it’s such an obvious path for him to take against Roberson, who has always struggled with grapplers. But there’s no way I can trust him at his current price after that last showing. If Roberson is able to stay composed and disengage from the clinch, he should have no trouble lighting the extremely hittable Allen up just like Strickland did.

Up next we have a welterweight bout and this is one I’m a lot less interested in both betting and entertainment wise. Grant is just not a fun fighter to watch overall. He packs big power, but barely ever throws.

On the other hand we have Sekulic, who didn’t show much worth noting in his UFC debut, which was all the way back in September of 2018. There’s also just not that much you can take away from his pre-UFC tape.

I guess I’ll go with Grant to find the knockout, but he’s coming off a brutal KO loss himself where he was knocked down three times. Plus he turns 37 in September. It’s definitely dog or pass, but it’s just hard to get a good read on how either guy is going to look here prefight. Hopefully we get a good live betting spot.

Closing out the late prelims we have a fun welterweight scrap with violence potential. Brown is coming off a tough KO loss to Vicente Luque, while Oliveira is coming off a submission loss to Shavkat Rakhmonov.

This one is tough to call as both guys have shown to be pretty inconsistent, mainly Oliveira as of late. He’s still a nightmare to deal with in the clinch and packs big power, but has also increasingly been making bonehead decisions in the cage as well as slowing down in the later rounds.

Brown deserves to be the slight favourite. He throws more volume (though Oliveira hits harder), has shown he can push a high pace later in fights and as we saw in the Alves fight, is still making improvements in the grappling department as well. If Oliveira doesn’t get a finish in the first half of the fight or can’t burn enough minutes off the clock with top control, you have to expect Brown to outwork him down the stretch with how Oliveira has been looking recently.

This is a high variance fight and I wouldn’t be surprised if there are multiple momentum swings, which could open up a good live betting spot. Oliveira is still dangerous and Brown’s durability is a concern, but I will lean toward the fighter with the seemingly less limited win condition.

I have multiple prefight bets up for this card, which I will also be commentating from a betting perspective in the RBB Premium Discord and hopefully cashing some live bets! If you would like to get in on the action, you can use code “APRIL” at checkout for 15% off any package 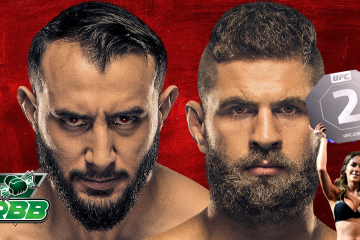 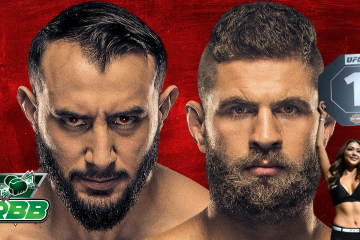